What is the Entourage Effect?

What is the Entourage Effect? 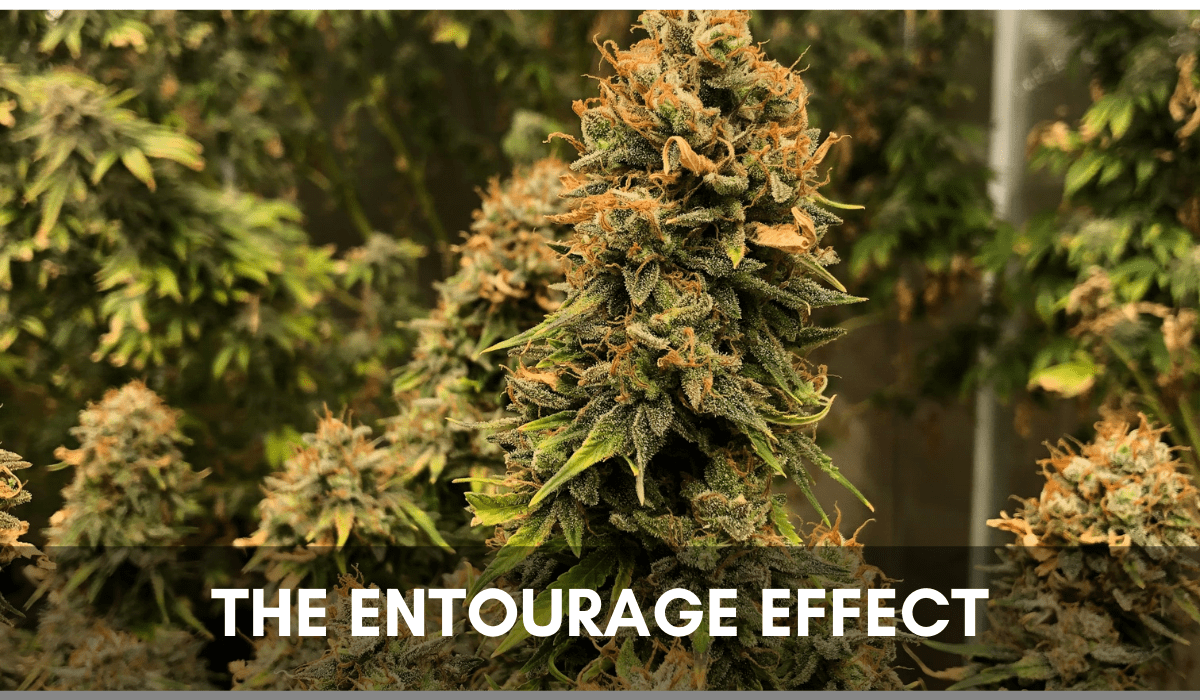 The whole is greater than the sum of its parts. A phrase first coined by Aristotle and since has been used to describe synergy. It is the “TEAM” concept used in sports, businesses, and any group trying to meet a common goal. But what does it have to do with CBD? Well . . . it explains the Entourage Effect.

What is the Entourage Effect in relation to CBD?

The Entourage Effect is the phenomenon of using all the compounds in the hemp plant to create a CBD product where they all work together for maximum health benefits.

This means that the individual components of the whole hemp plant work together to create a synergy not seen when isolating the plant compounds. Cannabinoids such as CBD, CBG, and THC are the most talked-about components of a cannabis plant. But, there are other components such as terpenes and flavonoids. And when keeping these terpenes and flavonoids with the cannabinoids, the therapeutic benefits increase dramatically.

What does each component do?

Cannabinoids often take the starring role in the hemp plant. They receive lots of credit for the power of the plant and the therapeutic benefits they provide. Cannabinoids are the component of the plant that binds with the Endocannabinoid receptors in the body to balance your body’s processes or to signal the creation of natural cannabinoids.

Terpenes often take a back seat and are mostly known for providing the unique aroma of the cannabis plant. But, terpenes do more than provide scent. Terpenes can also bind with the endocannabinoid receptors, but also they can modify how much of each cannabinoid is absorbed.

Flavonoids influence the color, taste, and aroma of the hemp plant. But recent studies have shown that they also have anti-inflammatory, anti-fungal, antioxidant properties. They are the most understudied component but are thought to enhance the properties of cannabinoids or modulate their efficiency.

The entourage effect results when the many components within the cannabis plant interact with the human body to produce a stronger influence than any one of those components alone. Thus, creating synergy.

When we combine multiple compounds in their natural state, we don’t end up with the sum of each part; instead, we get a multiplying effect. The different compounds can amplify each other’s chemistry, making the overall plant more effective in therapeutic benefits.

Think of it as a team with each component being a team member. To perform at its best, that team needs all the team members performing at their best.

We can help! Comment below or reach out at info@thetnhempcompany.com. Be sure to check out our full spectrum oil here.